The Chicago Bulls face off against the Houston Rockets on Wednesday night. The Bulls haven’t been quite as dominant in recent weeks, but they’re still one of the best in the NBA.

The trio of Ball, Lavine, and DeRozan is proving to be troublesome for the rest of the NBA. On Wednesday, they face a team that has suffered fifteen-consecutive losses. Will they serve them another?

It’s realistic to worry about the Houston Rockets, especially after their last loss. They were beaten by the Celtics with a margin of eighteen points. It seems as if the Rockets just can’t seem to buy a win at this point.

Things are going from bad to worse as now they’ll face the 12-6 Chicago Bulls. A team that has one of the best trios in the entire NBA, but who’s the best bet?

Chicago Bulls: The road team in this one is favored by 9-points

The Bulls have quite a few points to cover in this game, which could be troublesome for them. They have three players on the injury list, one of whom is Alex Caruso. Now that might not sound like an impactful player, but it definitely hurts the depth.

When you think about a team’s success, one thing that gets overlooked is how much time the stars can rest.

Absolutely, the trio of Ball, Lavine, and DeRozan is enough to win, but can it cover? They have an incredible record against the spread this season, which definitely helps. However, some of their wins are by narrow margins. With the injuries they’ve suffered, there is a chance that the Rockets can cover this spread. Especially with the Bulls coming in as 9-point favorites.

Houston Rockets: Will things go from bad to worse tonight?

The Houston Rockets could be going for a record of their own, most consecutive losses. It might not be on their list of records to achieve, but they’re well on their way. The current record is 28-straight losses, set by the Philadelphia 76ers. The Rockets are only thirteen losses away from breaking that record. Can they avoid a loss at the sportsbook at least on Wednesday?

We believe that they can, and we know it might sound strange. The thing is, every team has a turning point where they begin to perform at the best of their ability. We believe that this game will be their chance to do it, especially with the injuries to Chicago. They also have a 7-3 record against the Bulls in their last ten games, something to consider as well.

Our Pick for the Chicago Bulls vs Houston Rockets

It’s definitely stepping out on a limb to say that the Rockets will cover the 9-point spread. However, we have faith that they will and that you should take the over in this game.

Keep up with your latest NBA news coverage and betting pick previews at The Dunkel Index. 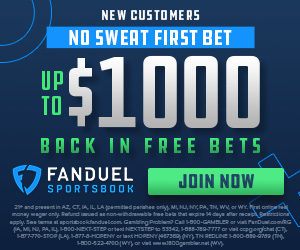