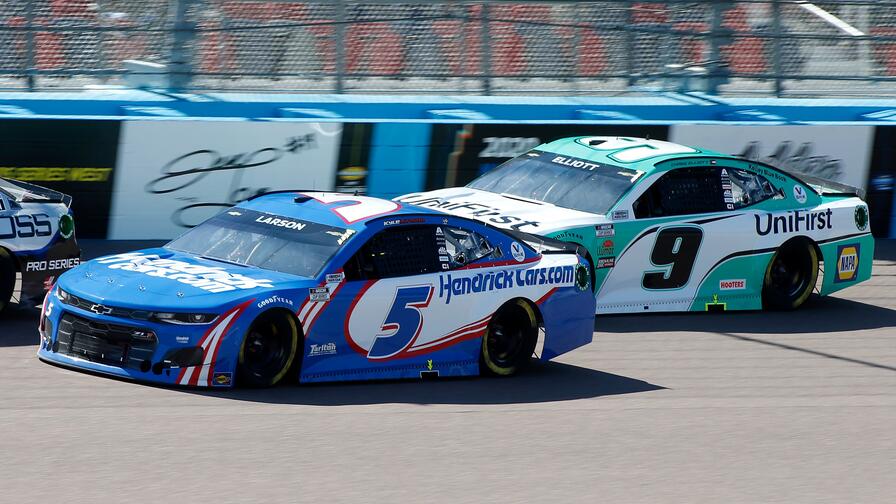 While it’s a full field for this race, only one of the Championship 4 – Kyle Larson, Chase Elliott, Denny Hamlin and Martin Truex Jr. – will get to claim the title.

All eyes will be on the Championship 4 as they try to wind their way through the field. Last week at Martinsville, it was Hamlin who was victimized by one of the other drivers as he spun out after making contact with eventual winner Alex Bowman.

Hamlin, who is still looking for his first Cup Series Championship, has been fuming all week over Bowman’s maneuver and will try to use that as motivation to pull off the win.

Larson has been the hottest driver all season with 10 victories under his belt, including three in the last four races. After being suspended all of 2020, he will be making his first Championship 4 appearance.

Elliott is the reigning champion and is trying to become the first back-to-back Cup Series winner since Jimmie Johnson won five straight from 2006-10.

Head to Head Matchup to Watch

Denny Hamlin (155.869) and Alex Bowman (170.258) are the latest feud to make the front pages. It highlights the fact that while much of the attention will be on the top four drivers, there’s still a full field racing in Phoenix and anything can happen during the 312 laps.

We’ll be paying special attention to Hamlin early to see if his head is in the race or revenge for last week.

Dunkel Index For This Event

The Dunkel Index is showing these top 10 drivers that could win this event. The following ten are:

Kyle Larson (154.387) comes in with the No. 1 rating in the Dunkel Index and has earned that with a comeback season that has seen him capture 10 checkered flags.

While he hasn’t always done well at Phoenix (11.6 average finish), capturing the pole position yesterday while clocking 137.847 mph shows he is ready to claim his first Cup Series championship with a win today.

One of the racers outside the Top 4 who could have an impact on the outcome is Byron.

Since being eliminated from the Round of 12, he’s actually scored the second most points in the last three races with an average of 49 points and no finish worse than sixth.

The 23-year-old also has three straight Top 10 finishes at Phoenix, including an eighth earlier this season. That’s right where Dunkel has him rated today and we’ll take Byron (-300) to keep his hot streak at the finish going with another Top 10 finish at Phoenix.

Keep up with your latest NASCAR news coverage and betting pick previews at The Dunkel Index.