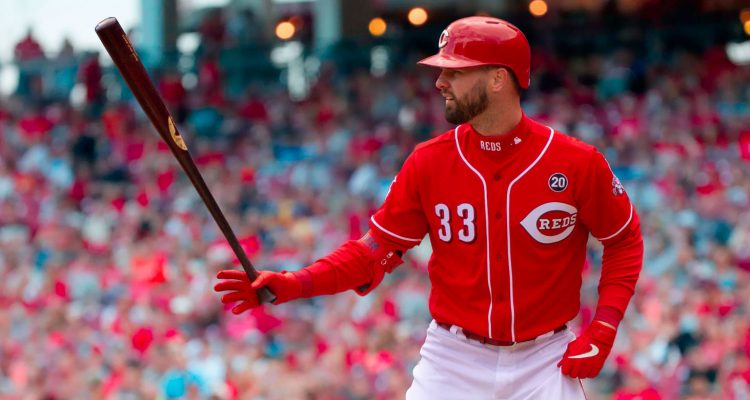 It may be premature to start comparing the current Cincinnati Reds lineup with the Big Red Machine of the 1970s. But the numbers that Reds hitters are putting up so far would even make the likes of Rose, Bench and Perez smile. And it’s a big reason Cincinnati sits at No. 5 in this week’s Dunkel MLB Power Rankings.

Tyler Naquin, who joined the Reds after 5 seasons in Cleveland, is tied for the MLB in HRs with 5. He’s just one ahead of Castellanos, who begins his second season in Cincinnati following a split season between the Tigers and Cubs in 2019.

A big question of how far this Reds team can go will center around the pitching. Thus far the results are mixed. Cincinnati is in the bottom half of the NL in ERA (4.38), Quality Starts (2) and HRs (13).

The bullpen is anchored by closer Amir Garrett, who has been shaky in his 3 appearances. He has 2 saves, but has more walks (4) to Ks (3) and has given up 5 hits and 5 earned runs in just 3 innings of work. He’ll need to be better for David Bell’s team to stay in contention in a very competitive NL Central.

Baseball fans may wish the Houston Astros would just go away following their 2017 signal-stealing scandal. Garbage cans have been a common sight from opposing fans. And the roster has taken some hits with the loss of offensive catalyst George Springer to Toronto and ace Justin Verlander likely out for the season following Tommy John surgery.

But so far, none of this seems to faze the Astros. Under the steady leadership of 71-year-old manager Dusty Baker, Houston is off to a solid 6-3 start and No. 4 rating in the Dunkel MLB Power Rankings.

The window may be closing on this Astros team, but they still have the pieces to make another run and keep the season from ending up in the garbage can.

Make sure to check out all of Dunkel’s MLB Power Rankings.